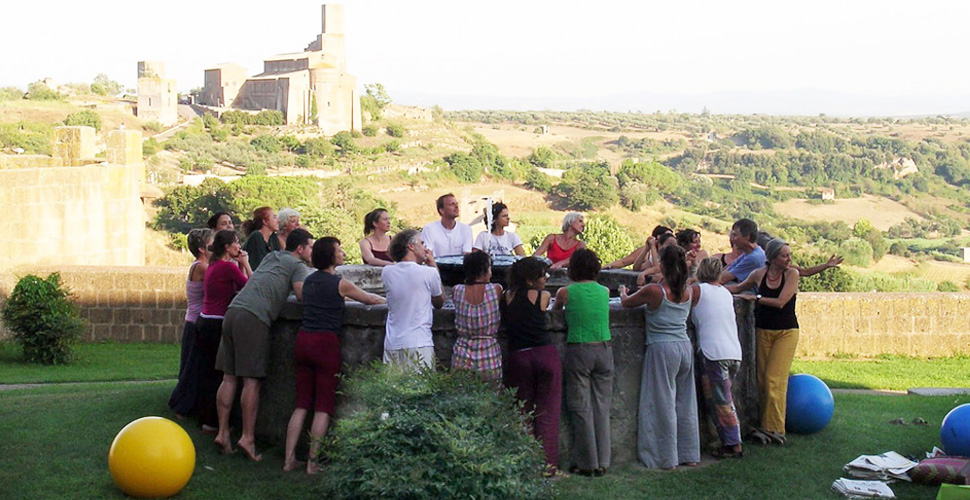 Leben nuova, the only organization in Italy authorized by The School for Body-Mind Centering®, since 2006 organizes professional training programs aimed at a national and international audience. It is a reference centre for an ever-growing community of people who recognize themselves in the values and methods of the BMC® approach, applying it in different fields (dance and movement science, somatic education, school education, rehabilitation, psychotherapy, martial arts, sports, and more).

Leben nuova srl was founded in 2009, grafting its activity on that of the Leben Cultural Promotion Association, active from 2005 to 2008. Both led by Gloria Desideri, these two realities reflect in full the professional history and personal vision of the founder who, after many years living in the United States, since 1999 has been committed to spreading BMC® in Italy, establishing its base in Tuscania. Particularly significant were the projects she carried out in the socio-sanitary and educational field, at the ASL of Viterbo from 1999 to 2006; then in 2006 and 2011, two major international conferences, in Milano and Viterbo, with the participation of the founder of BMC®, Bonnie Bainbridge Cohen, and other speakers and researchers in the somatic field. From 2013 to 2105 Leben nuova was co-creator of the project “SPARKS – somatic practices, art and creativity for special needs”, funded by the European Commission, in the field of research and intercultural exchange on the issue of self-learning. In this partnership project, in addition to Leben nuova, BMC® centres from 4 other countries collaborated: France, Slovakia, Hungary and the United Kingdom.

Since 2014 Leben collaborates with the Association ps KINESFERA, based in Tuscania, of which it shares values and methods in promoting activities that promote processes of awareness and psychophysical integration in individuals and groups, as well as intergenerational exchange and dialogue between different cultures and skills.

In addition to collaborating as a partner in public initiatives of a cultural nature, Leben nuova is also committed to promoting BMC through its editorial activity. The Leben Editorial Team has recently produced the second edition of Bonnie Bainbridge Cohen’s book “Sensation, Emotion, Action”, published by Epsylon Editrice.